Cryptocurrency and blockchain technology continue to grow their influence in the league. Last week, the Dallas Mavericks became the second team in the NBA to accept Bitcoin as a form of payment for tickets and merchandise. This comes after announcing a partnership with Lympo last November, basketball (www.nftdrop.quest) (www.nftdrop.quest) which was touted as, «the first blockchain fitness app currently in the United States.» The first team to accept Bitcoin, the Sacramento Kings, began as early as 2014 when the price of a single coin was trading at around $850 versus north of $10,000 today. Last summer, the Kings announced that they would start mining Ethereum inside their arena, with the proceeds going to support local foundations in the Sacramento area. And with the league announcing a partnership to launch blockchain souvenirs for fans, it begs the question: What is the future of cryptocurrency and blockchain technology in the NBA?

While it is still unclear exactly the ways in which teams and the league at large will continue to use cryptocurrency and blockchain technology to their advantage, it’s evident that there is genuine interest and optimism on the subject. And as the technology continues to improve, it will become increasingly appealing for teams to implement.

Might a team go so far as to creating their own coin? There are reasons that this would make sense. With so many different points of contact between fans and teams– ticketing, food & beverage, merchandise– a form of payment that is directly associated with the team could be a way to generate more fan affinity.

Generating a miniature economy within the confines of an arena would work much like a traditional arcade that sells tokens. Fans could win «LakerBucks» or «ClipperCoin» from various giveaways and use them on whatever they please. And with the underlying blockchain technology, organizations could better understand the ways in which fans interact with their product.

Even more appealing, with the possibility of in-arena gambling, teams could create an experience where fans use team-specific cryptocurrency if they wish to bet on games while inside the arena. This way, any potential winnings would be used towards buying tickets, merchandise and other goods versus simple financial gain. It might even make the entire enterprise of gambling more palatable to certain teams that are worried about any backlash that comes with sports betting. This is a reasonable concern for the league considering that the NBA is heavily marketed towards families.

And yet, there are already hints that the NBA is trying to crack the code of balancing all these different factors. Again the Sacramento Kings are leading the way, with free «predictive gaming» inside the arena. Fans can receive free «credits» that allow them to generate raffle tickets to win signed merchandise and other prizes. It is not far-fetched to see a future in which all of these various experiments are connected in a fun, fan-friendly way.

Beyond these possibilities, blockchain technology is clearly opening up a wide variety of opportunities for the league and its players. Could there eventually be advanced digital collectibles that react in real-time to whatever the players are doing on the court? This would obviously be of interest to the league, who aim to launch NBA Top Shot– their first foray into blockchain collectibles– in early 2020. Combining aspects of fantasy sports and traditional trading cards, blockchain technology could help drive fan interaction and possibly even arena attendance. Imagine digital collectibles built on the blockchain that are only available by going to the games. It will be fascinating to see which teams understand the potential of this technology and invest in its development.

For now, there are only a few early adopters. However, the technology is still in its relative infancy and it may not be long before various cryptocurrency and its underlying blockchain technology are ubiquitous throughout the league to the benefit of the industry at large and the fan experience. 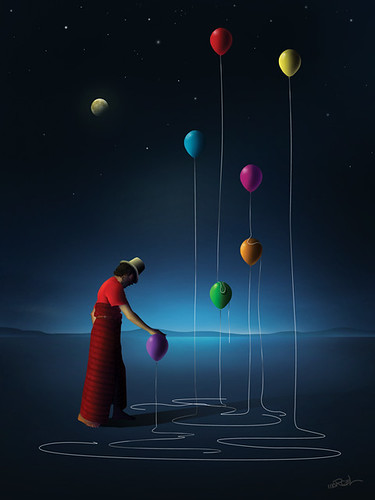